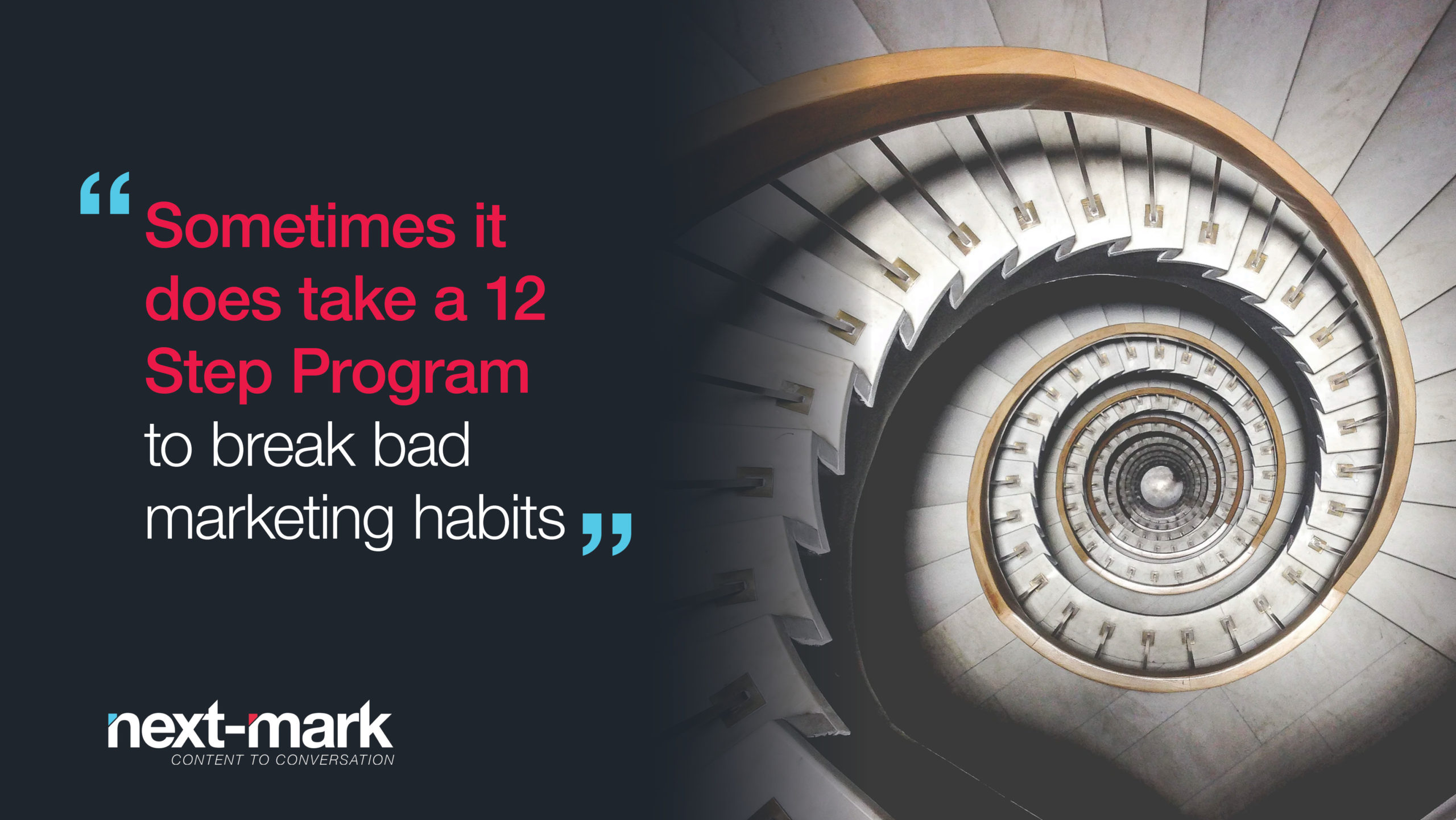 One day, long ago, I was raking leaves next to a busy road in Maine. Yes, there are such things. A car stopped, and the passenger asked me how to get to a certain park. I gave them such clear and concise directions that pride welled up in me as they disappeared down the road. Then it occurred to me that I had given them excellent directions, but to the wrong park. What’s worse, they would need to drive right past me again to get to the right park. So, as I figured how long it would take them to drive back to where I was, I stopped raking and hid inside the house.

In marketing, it’s rare to give your agency’s team members direction that is exactly opposite to what they need. But even the best marketing managers or directors find themselves giving direction that can almost do more harm than good. To help you help someone else (who definitely isn’t you) give better direction in creative projects, here are twelve quick steps.

Relax! Of course you don’t have time to relax when a big, threatening deadline is looking over your shoulder. But you also won’t have the time—or budget—for later corrections caused by giving vague or ambiguous direction right now.

Take the time to review any materials being used as background or input for the new creative project. Missing key elements now will likely be harder to fix later on. Don’t just read the current version of the project; also read the overall project direction and guidelines occasionally to make sure you’re still on track.

If you’re responsible for setting delivery deadlines, be realistic. Whether your team is in-house or an outside agency, everyone is juggling multiple projects and deadlines already. So, setting an unrealistically short deadline is often counterproductive. When unnecessary time pressure takes over, that’s when mistakes get made.

Including an effective call to action (CTA) is just good marketing. Using the CTA as a focus will help you produce more effective direction, because it’s harder to stray from precision when you know exactly what you want your reader/viewer/prospect/customer to do next.

5. Get Your Specs On

Whether the end product is digital, video, print, radio, or whatever, it will need to follow all necessary specifications. Designers, for example, will need the exact dimensions of the image size and restrictions on file size. For copy, it’s normally word count. Every organization should have a brand guide that specifies proper usage of logos and colors in all applications, too.

They say editing is the hardest part of writing, but this step is actually about including all the elements required for the project. Little will frazzle a designer more, for instance, than adding an image or logo element they’ll need to include in the design after they’re already halfway finished. It’s similar for writing copy, too. In short, try to get everything to the project team at once, before they get started.

Provide clean copy whenever possible. True, adding comments and marking up copy changes within a PDF can be expedient. And placing the comment exactly where the change needs to happen, that’s a good thing. But providing clean copy in a separate document is still the best way to make sure nothing gets lost in translation. After all, it’s very easy to miss or misunderstand copy changes when they’re embedded in comment blocks instead.

I just gave some love to marking up PDFs for a reason. Whether you use Acrobat, Preview, or another tool to proof and indicate necessary changes—or use the “Track Changes” within Word—aim for clarity in your markups. Having marked-up versions along with clean-copy versions will make it much easier to backtrack at any point, if necessary.

Sorry, just when you’d started forgiving me for asking you to read project materials more thoroughly, here I am asking you again. But investing a bit more of that time you don’t have will pay project dividends. Be empathetic and as much of a mind reader as possible: if there’s anything that might still be unclear when a project is approaching perfection, now’s the time to fix it.

Software companies learned long ago that being very specific about versions—though painstaking—would help avoid confusion in the long run. For example, MacOS Catalina is actually Version 10.15.2 (19C57). Establish and stick to a straightforward system for tracking versions as changes are made. This holds true for copy and artwork.

As much as possible, avoid including the word “final” in the names of project files. This is extremely tempting, and much too common. By the way, capitalizing “FINAL” never prevents making changes later, either. It’s all about version control, so if you’re not using a meta-tag or filing system to identify status later on, at least use meaningful terms such as “print ready” or “with so-and-so’s markups” to distinguish among the many iterations you and your project team have created. As with version control, the goal is to avoid confusion for now and for later.

Just as important as the specific direction is how it’s communicated to the project team. Take care to avoid ambiguity regarding who needs to do what. So, if you’re copying several people at once, parse the tasks and call out the team member responsible, in order to make it extra clear.

There are certainly worse habits to kick that giving less-than-perfect direction. But you (I mean your friend) will be pleasantly surprised by the improvements that can be made to creative marketing projects by following these steps.